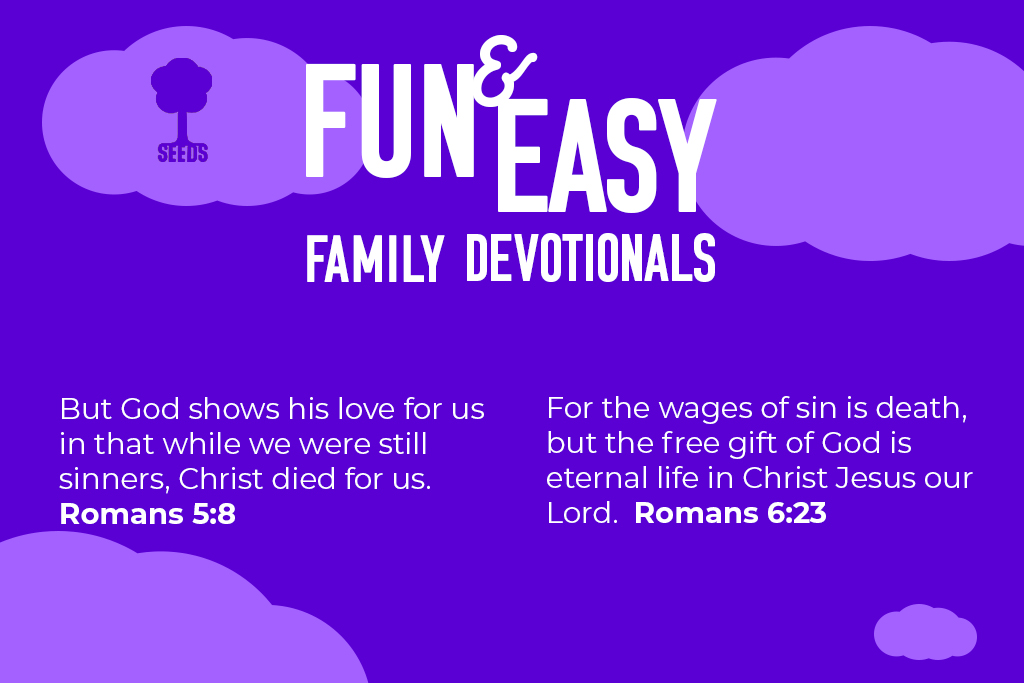 Romans 5:8 “But God demonstrates his own love for us in this: while we were still sinners, Christ died for us.” Romans 6:23 “for the wages of sin is death, but the gift of God is eternal life in Christ Jesus our Lord.”

When Patrick shared about his dream and burden to return to Ireland, his mother thought he’d lost his mind. And who would blame her? Such a move definitely seemed crazy. But Patrick knew he must go—even if it didn’t fully make sense to everyone else. First he needed more training. He moved to France and joined a monastery, where he prepared to serve as a bishop. After his education and training were complete, he made the move back to Ireland.

Patrick faced many challenges there, but he served so faithfully that Christianity swept across the country, reaching every corner. Churches and monasteries were quickly established. That was pretty amazing in and of itself, but something else amazing would result from this step of faith. God would eventually use Patrick’s efforts in Ireland to bring Christianity back to his own people in Britain.

Justo Gonzalez, in his book on Church History, explains, “Since Ireland was later bypassed by the wave of Barbarian invasions that swept Europe, its monasteries were among the main sources  from which the territories of the ancient Roman Empire regained much of the classical knowledge and literature that had been lost during the invasions.” (p.275)

So the next time St. Patrick’s day rolls around and someone pinches you for not wearing green, know that Patrick had little to do with Leprechauns and rainbows. Instead, remember how God used him to bring Christianity and the message of God’s love to the Irish people, and then in turn, back to Europe as well.

Have you ever felt God asking you to take a step of faith that made no sense at the time?

This is a repeat of the previous prayer. God, thank you for loving us, for dying for us, for giving us the gift of eternal life. Help us to listen to you speaking to us and foster a burden to share the message of your love with those who do not know you.