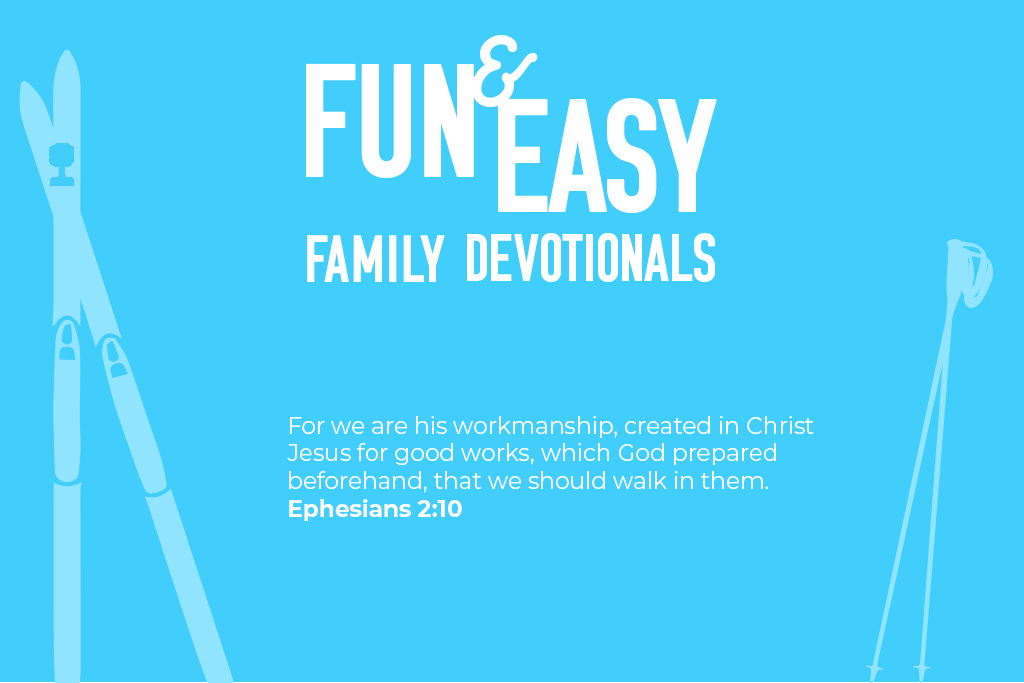 Ephesians 2:10 “We are his workmanship, created in Christ Jesus for good works, which God prepared beforehand, that we should walk in them.”

John loved words. He loved the sound of new words and the shape of old words. He loved to make up words, even if they had no meaning, just to feel the way they rolled off his tongue. Words like Ilvatur, ainur, Sulimi, and Oaritsi.

These made-up words turned into long lists. He added translations. The lists kept growing into dictionaries. He made notes on how the words related, building out his own rules of grammar. Before long, he had invented new languages. He practiced using his inventions in his journal, writing entry after entry with the labor of his love. He would often stay up late into the night crafting, adjusting, swapping one letter with another, making up new letter shapes to try and capture the sound in his head.

These new languages were deeply informed by his love of old languages. But he didn’t care for the ones they made him study at school: Greek and Latin. Instead, he was fascinated by things like Anglo-Saxon and old Norse. He started a club for friends to read old Icelandic poetry together. He spent so much time on these other languages and his own languages that his grades began to suffer. He was too distracted by a recently discovered Finnish grammar book to study his Greek grammar; so typical of rebellious young men. Teachers wondered if he’d ever make anything of himself.

But, this love of languages eventually grew from a hobby into a profession, as he was able to find a job as a professor and teacher of the old languages he loved. Though his full-time job was teaching, he still could not stop thinking about his created languages. He spent every spare moment pondering them, working out new sounds, building  his dictionaries.

One day he realized that for his languages to have their fullest expression, to be real to others (they were already very real to him), they needed a back story, or, a ‘mythology.’ And so…

“On a summer’s day… he was sitting by the window in the study… marking exam papers. Years later he recalled: ‘One of the candidates had mercifully left one of the pages with no writing on it… and I wrote on it: “In a hole in the ground there lived a hobbit.” Names always generate a story in my mind. Eventually I thought I’d better find out what hobbits were like. But that’s only the beginning.’” (Carpenter, 175).

He wasn’t even sure what that meant at the time,but he knew it would be the start of finding out.

John, better known as JRR Tolkien, would spend the next twenty-five years finding out what hobbits were like, crafting their stories into books that eventually sold over 300 million copies. The movies made from his books have made billions of dollars. And it all started with words. The crafting of these stories and languages were his life’s passion. It was his own workmanship – one that he cared so deeply for.

Ephesians 2:10 starts with, “We are His workmanship,” which has the idea of creation, even pointing back to the creation of the world. God loves us so much that he brought us into existence. None of us were lucky accidents brought about by a random collision of particles. No, we are his “workmanship,” a labor of love, and knowing this gives great meaning and purpose to life.

What does it mean to you to be God’s ‘workmanship’?

God, we thank you for creating us—for making us your ‘workmanship.’ Help us to daily dwell on this truth and allow it to shape our identity. Help us to believe every day the truth of whom you made us to be: your handiwork.