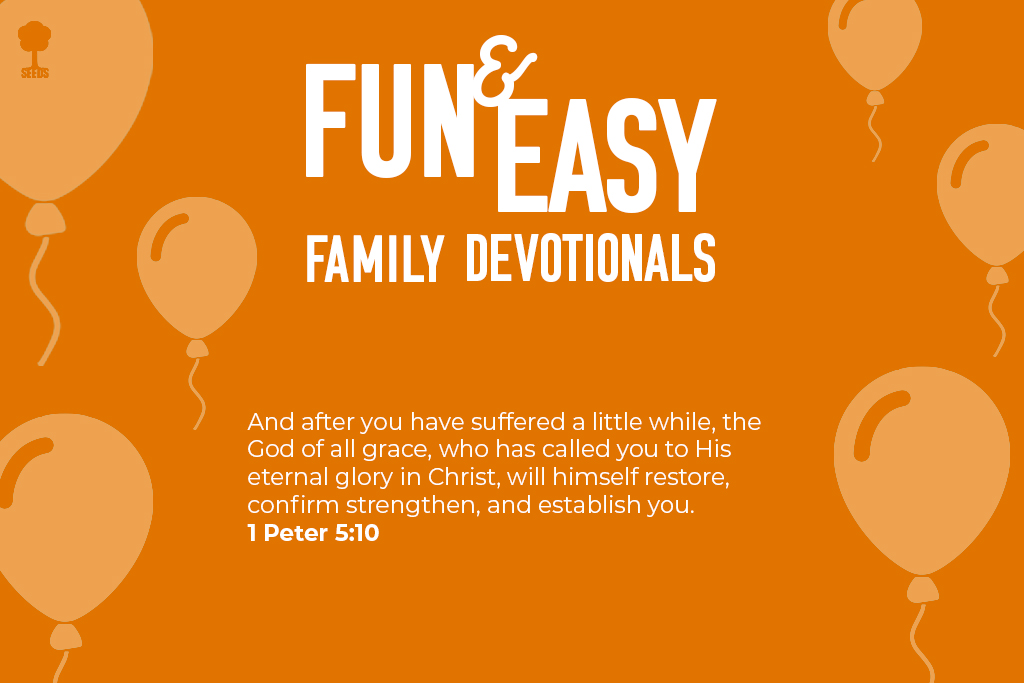 “And after you have suffered a little while, the God of all grace, who has called you to his eternal glory in Christ, will himself restore, confirm, strengthen, and establish you.” I Peter 5:10

The suffering was unbearable. The attacks came in waves and overwhelmed him. How did they keep finding him? He started out at the monastery, retreating from normal life, to learn all he could of self-denial. Here he embraced discipline at the greatest degree: “Sometimes he would fast for several days; at other times he would limit his food to a single meal a day, after sunset.” Often these ‘meals’ were merely bread and water.

He pursued this life after hearing a sermon on Matthew 9:21, “Sell what you possess and give to the poor.” He gave away his wealth and sought to find true life by rejecting the joys of comfort. At first things were good, but then the attacks came—the doubts and questions of his motives. Antony said demons would accost him in his cell, “whispering to him the remembrance of his wealth… love of money, love of glory, the various pleasures of the table and other relaxations of life.” The doubts began to take root. Thoughts would rage through his mind such as , “Do you really love God? Don’t you really just want people to praise you for being so ‘spiritual?’ Do you think you’re better than everyone else in the world who eats like a normal person? Do you really think this is helping the world? How foolish—even selfish—you’re only thinking of yourself by going off like this…” on and on the thoughts went.

He left the monastery and went further into the desert, trying to find relief from the turmoil. He found an abandoned tomb to live in. He thought the distance from the temptations of society would bring relief, but the attacks and suffering only worsened. So he went even further into the desert, finding an abandoned fort. It was here one night—while crying out to God—that he finally sensed God’s comfort and help, and the suffering lessened. God strengthened and established him. Though the attacks did not completely end, the visits from demons subsided. And now new visitors began to arrive—people came from the monastery to seek him out for godly advice. This helped with the loneliness, but lessened his time for prayer. So he moved again, and again, yet they still found him—seeking his wisdom gained from a life of prayer and denial of the flesh.

It’s no coincidence that I Peter 5:10 occurs in the context of attacks from the Devil. Just a few verses earlier, I Peter 5:8 says, “be watchful. Your adversary the devil prowls around like a roaring lion, seeking someone to devour.”

The “suffering” in 5:10 is exactly the kind of suffering Antony experienced—attacks and temptations of the devil. Satan is also called an accuser—and he loves to accuse those seeking to follow Jesus. Of course, no one has perfectly pure motives—no one seeks God with their whole heart, but God brings comfort in the midst of the struggle, not heaping shame and accusations. Romans 8:1 says, “There is therefore now no condemnation for those who are in Christ Jesus.”

Antony finally agreed to move closer to the monastery where he could teach others what he had learned, but only if they promised him uninterrupted moments of solitude for prayer.

God used the seasons of suffering in Antony’s life to prepare him for other important moments. When Athanasius, the defender of the truth that Jesus was both God and man was exiled, he fled to the desert to find a place to hide and recover with the community surrounding Antony. Athanasius was so inspired by Antony’s life that he wrote a fascinating short biography still widely read today. (Read devotions on Athanasius here: Part One and Part Two).

When rumors spread that Antony supported the Arians (who held the wrong view that Jesus was only a man and not God), he took it upon himself to “appear in person before the bishops gathered in Alexandria [where] he spoke with such wisdom and conviction that he confounded the Arians.” He was an old man at this point, plain in appearance, mild in manner, softly spoken. When he passed away, just a few years later, around 356 AD, his only earthly possession was the cloak he was wearing.

Bible teacher Jack Deere says, “The key to overcoming the devil is submitting to God.” Antony battled the attacks from the Devil, the onslaught of temptation that came in waves early in his life, and he came out of that season strengthened and better equipped to serve.

When is a time you endured suffering that led to your faith being strengthened?

God, we know that temptations and attacks from the enemy are part of the Christian life. Help us to turn to you in those moments and trust that you will guide, protect, and comfort us so that we come through the season with a faith that is strengthened and established.

Check out the Next Devotion from 1 Peter 5:10 Here!

Quotes in this devotion taken from The Story of Christianity Vol.1 by Justo L. Gonzalez, HarperCollins, 2010. Also from Why I Am Still Surprised by the Power of the Spirit by Jack Deere, Zondervan, 2020.