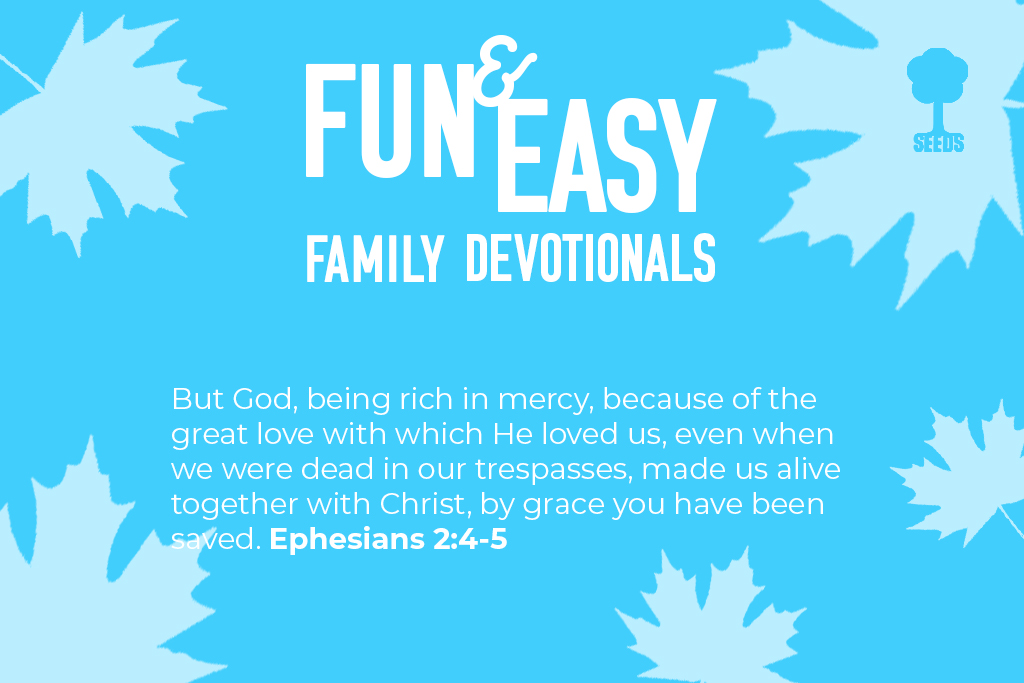 This week’s memory verses are Ephesians 2:4-5, and to help us better understand these verses, we’re going to look first at what comes just before in Ephesians 2:1-3.

“And you were dead in your trespasses and sins in which you once walked, following the course of this world, following the prince of the power of the air, the spirit that is now at work in the sons of disobedience—among whom we all once lived in the passions of our flesh, carrying out the desires of the body and the mind, and were by nature children of wrath, like the rest of mankind.”

Augie’s parents had high hopes for him. His father dreamed he’d contribute to the good of society by becoming a lawyer. His mother was a woman of deep faith and committed to prayer. She believed God would use her son’s gift as a teacher to spread the gospel around the world.

But there was a problem. Augie was in trouble, a lot, and he liked it. In fact, he described himself as having a “distaste for what is right and a greedy love of doing wrong.”

He remembered a night from his youth when he and a group of friends were out late and looking to cause trouble. They came up with this plan: they’d sneak over to the neighbor’s house, climb up in his pear tree, shake out all the pears, and then feed them to the pigs. You might be thinking, “Pears, really? That’s it?” Not the most devious of plans on the surface, but Augie explained, “our real pleasure consisted in doing something that was forbidden… the evil in me was foul, but I loved it.” The reason he stole was not out of a need or desire for the thing he stole, as he had no interest in the pears themselves, but because of the love of stealing—the love of the wrong itself. “If any part of those pears passed my lips, it was the sin that gave it flavor.”

He also found it delightful to share in this sin with others. For him, there was a “thrill of having partners in sin.” The sin would not have been nearly as attractive had he been alone.

1. How does Ephesians 2:1-3 describe Augie’s condition at this time? (Look back at the verses and uses words or phrases from the passage in your answer).
2. What does 2:1 mean when it says, “you were dead?” How was Augie “dead” at this time?

Augie, or, Augustine as he is better known, later fulfilled his mother’s dreams and became one of the most influential people in the history of Christianity. But he looked back on his life at this time of this story and realized how spiritually dead he was. His desires were opposite of what they should have been. He delighted in evil and had no power in himself to even desire good. Something else had to happen for him to come alive. The rest of the devotions in this series will share more stories about this change from death to life.

God, we confess that apart from you, we are also ‘dead in our trespasses and sins.’ We have all followed after things that pleased ourselves yet brought sorrow to you. Help us to remember and acknowledge that without you, we are “children of wrath.” We need to remember this, not to increase our shame and self-pity, but to increase our hunger for and dependence on you. May we walk in gratitude every day for the great sacrifice you made on our behalf.”

(Quotes taken from Confessions by Saint Augustine, p.43-51 of the Penguin Classics 1961 edition).