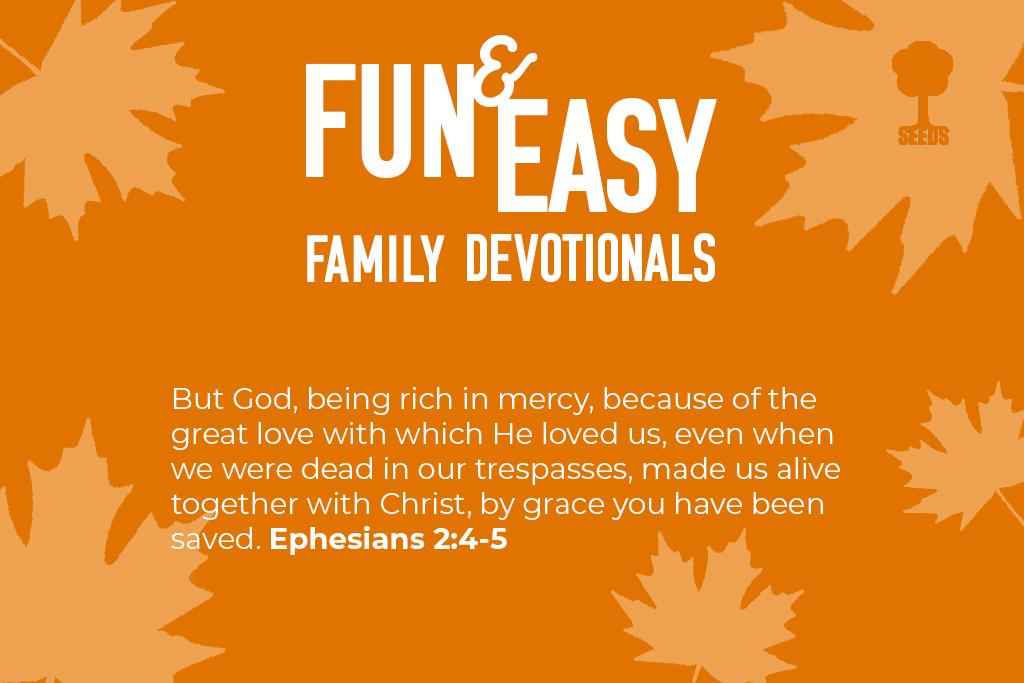 Ephesians 2:4-5 (ESV) “But God, being rich in mercy, because of the great love which he loved us, even when we were dead in our trespasses, made us alive together with Christ—by grace you have been saved.”

Kenneth Roberts wanted to write books. He had written for magazines over the years, but his real passion was to write historical novels. Ken had already written a few, though none had sold well, But he couldn’t shake a burning desire to finally write the ‘big one’—the one that had been on his mind for years. A family member in Italy offered the use of their house for the summer, so he packed up all his research materials, his hundreds of books on the topic, and headed overseas with his wife. Before long, there they were driving through picturesque Italian villages, taking in the scenery, overwhelmed with just how special this moment was. He couldn’t wait to get to their destination and start writing. Could one feel any more alive?

Then it happened. Late at night, after a day of driving, a small boy came tumbling out from the side of the road. In a moment he was in front of the car. Ken slammed on the brakes as he watched the boy disappear under the front. He jumped out to find the boy “limp, unconscious, and occasionally gasping as a dying bird gasps.” Ken began shouting in his rough Italian, “Where is his father! Where is the hospital!” The local villagers went to find the father, urging Ken to wait. After what seemed an eternity, as the boy continued to slip toward death, the father arrived and off they raced.

As they drove, Ken was sobered by how things had suddenly changed. Just moments before he was aglow in the excitement of his future and now a little boy lay limp in his father’s arms, not likely to make it. Ken realized his own life was over as well—probably destined to rot  away in some Italian prison for killing this boy.

They arrived at the hospital to find it mostly empty—the staff had gone home for the night. One lonely nurse appeared and rushed off to find the Doctor. He arrived soon after and began examining the boy, still alive, but in a near-death state. The Doctor looked the boy over carefully from head to toe, felt his pulse, listened to his chest, and looked deep into his eyes. Then he sat the boy upright, whacked him on the back, and began shouting in Italian—“Ah, there is nothing wrong—he was only frightened and pretending to be dead!” The nurse redressed the stunned little boy, now fully awake and fully alive—and off he returned with his father toward home. And as life returned to the young boy, Ken’s hope and vision for his own life returned too.

[note: the first four questions should go quickly as they should be pretty obvious. The last question will likely generate the most conversation.]

1. What was wrong with the little boy and what did the Doctor do for him?
2. What if the boy had really been dead—what could the Doctor have done for him?
3. Look back at Ephesians 2:4-5. These verses say we were dead in our trespasses (or, sins). What does this mean? [We had no ability on our own to love God or follow him.]
4. According to verse 5, how can we come alive? Only God can make a dead person alive.
5. Both the boy and Ken suddenly had a new lease on life. How would you live differently if you had a near-death experience?

God, Thank you for loving us and giving us life. Even though we were trapped in a state of spiritual death, separated from you by sin, you still loved us and cared for us enough to free us from sin and give us new life. Help us to live today as people brought back from the dead, fully alive, and full of gratitude for every moment.