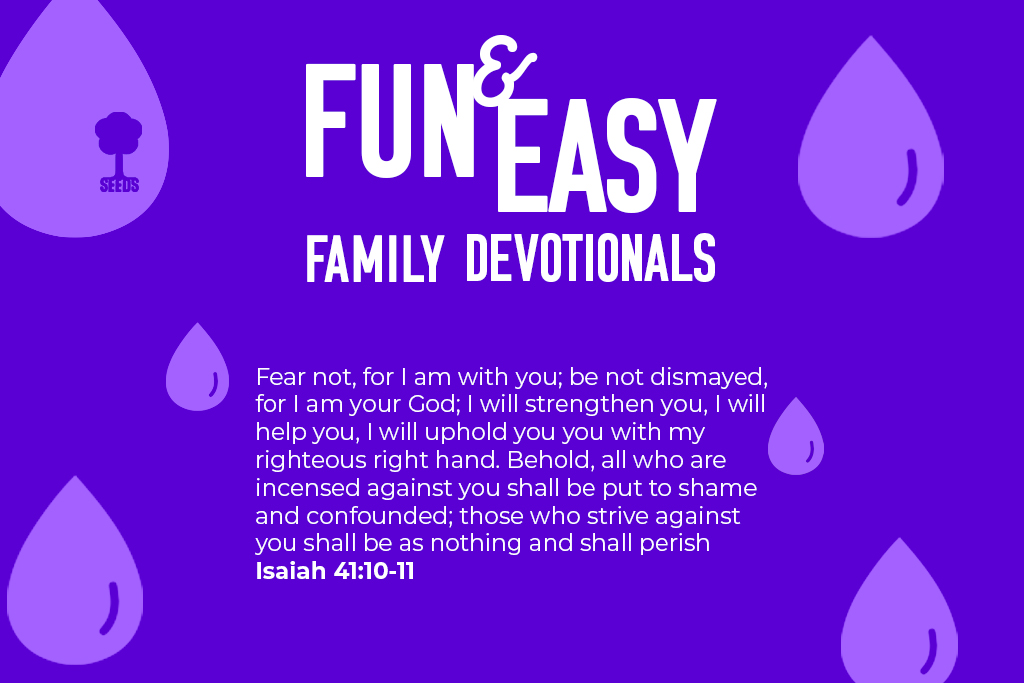 (Parents: Though not graphic, there is a description of a man being burned at the stake in the following story. It’s the second part of the tale of the martyrdom of Polycarp (read part one). Christians need to remember those who died for their faith in the history of the Church. Yet such stories can be difficult for young children to hear. Use your best judgment in light of the ages and developmental stages of your children.)

In part one of this story, we read about Roman officials arresting the Christian Polycarp, who was to be prosecuted for publicly teaching others about his faith. When we left Polycarp, he had been captured and was being taken to an arena for a public trial. For the rest of the story, this devotion will quote at length from the ancient letter “The Martyrdom of Polycarp.”

As Polycarp entered the arena, there came a voice from heaven, saying, “Be strong, and play the man, O Polycarp.” No one saw the speaker, but those of our people who were present heard the voice. When he had been brought in, the proconsul tried to persuade him to deny [his faith], saying, “Have respect for your age… Swear by the fortunes of Caesar… Swear, and I will release you, revile Christ.” Polycarp said, “Eighty and six years have I served him, and he has never wronged me; how then can I blaspheme my King, who saved me?”

The Proconsul again persisted, and said, “Swear by the fortune of Caesar!”
Polycarp responded… “I am a Christian. If you desire to learn of Christianity, give me a day to speak, and listen to me.”
But the proconsul said, “I have wild beasts; I will deliver you to them, unless you repent.”
But Polycarp said, “Call them, for it is impossible to change from the better [Christianity] to the worse [denial of Christ].”
“I will cause you to be consumed by fire if you despise the wild beasts, unless you repent.”

But Polycarp said, “You threaten me with fire that burns for a season but is soon quenched. For you are ignorant of the fire of the judgment to come, and of the eternal punishment reserved for the wicked. But why do you delay? Bring whatever you wish.”

While he was saying these and more, he was filled with courage and joy, and his face was filled with grace; he was free from trouble or confusion by the things said to him. The proconsul was astonished and sent his herald into the midst of the arena to proclaim: “Polycarp has confessed himself to be a Christian.”

Then the whole of Smyrna, with unrestrainable anger and a loud voice, called out, “This is the teacher of impiety, the father of the Christians, the destroyer of our gods, who teaches many neither to sacrifice nor to worship the gods.” They shouted with one voice that Polycarp should be burned alive!

The multitude quickly collected logs and brushwood from the workshops and baths…, and put around him the implements prepared for the pyre. They were about to nail him to it, [but] he said, “He who gave me the strength to abide by the fire will also allow me, without the security of your nails, to remain on the pyre without moving.” So they did not nail him, but bound him.

And as Polycarp waited for the fire to be started, he prayed. And when he had uttered the Amen and had finished his prayer, they started the fire. And as a great flame was breaking out, we, to whom it was given to see, saw a great wonder; for to this end also were we preserved, that we might announce what happened to the rest of mankind, For the fire, assuming the form of a vault, like the sail of a vessel filled with the wind, defended the body of the martyr roundabout; and it was in the midst of the flame not like flesh burning, but like bread being baked, or like gold and silver glowing in the furnace. And we perceived such a sweet-smelling savour, as though from the breath of incense, or some other precious perfume.

At last, these wicked men, perceiving that his body could not be consumed by the fire, commanded the slaughterer to come near and plunge in a sword. And when he had done this, there came out an abundance of blood, so that it quenched the fire, and the crowd stood amazed that there was such a difference between the unbelievers and the elect.

Polycarp’s story of faithfulness and courage under persecution and the miraculous elements it involved was a tremendous encouragement to the early church. The account written of these events, as well as his own letter to the city of Philippi, were widely circulated and read by many who were also facing persecution.

End your time together by reading Isa 41:10 aloud and then praying through it one phrase at a time. We have examples below of ways you might pray through some of the phrases to help get you started.

Isaiah 41:10 “Fear not for I am with you; be not dismayed, For I am your God; I will strengthen you, I will help you, I will uphold you with my righteous right hand.”

Fear not for I am with you; – Thank you, Father, for always promising to be with us.
be not dismayed, – Help us to not be discouraged or dismayed in challenging times.
For I am your God; – We bless your name and say that you are our God. We worship you.
I will strengthen you,
I will help you,
I will uphold you with my righteous right hand.

Check out the Next Devotion from Isaiah 41:10 Here!

The quotes from the above story were from an edited and updated version of the 1885 translation by Charles H. Hoole. “The Martyrdom of Polycarp” is part of a collection of letters from the early church, the oldest collection apart from the New Testament called The Apostolic Fathers. Most of the letters in this collection are surprisingly readable and an encouragement to all Christians.