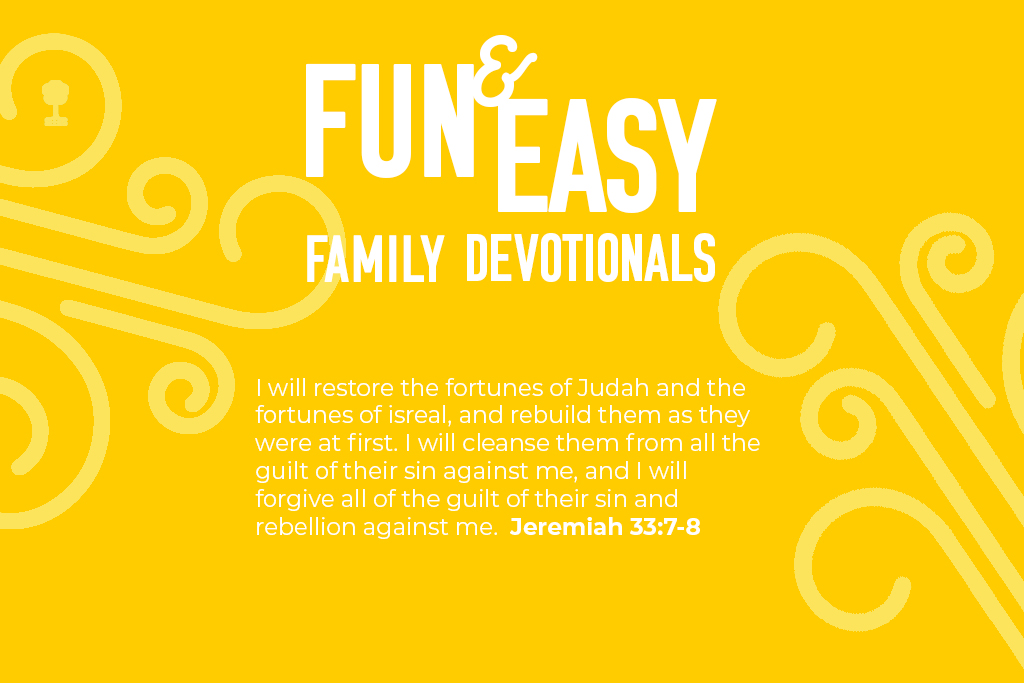 Itching. Unbearable itching, all over his little body. At five years old, he couldn’t really understand what was happening to him, but he knew he was miserable. Mom said not to scratch, it would only make it worse, but he couldn’t help it. He’d be telling himself, “Don’t scratch. Don’t scratch, DON’T SCRATCH!” over and over again. Then he would look down and see that his sores were bleeding. When did he scratch? He didn’t even remember.

He had chickenpox. If you’ve never had it, it’s no fun. Lots of sores and itching all over. It goes away after a week or so, but until then you want to scratch your skin off. This boy was a few days into it and already feeling like God had given up on him. How could he get through this?

There’s a book of the Bible that tells the story of a guy who kind of felt the same. It’s the book of Job, and at first, the main guy, Job, seems to have everything going for him. He had a wonderful family, lots of money and possessions, many friends. Then in a flash, he lost it all; his children, his wealth, and his health. Even the one closest to him said he should give up on God because obviously God didn’t care about him. Job never quit believing in God, but he did wonder where God was in the midst of all his suffering.

There’s a quote that goes something like this: “Though a cloud may shield the sun, it does not nullify its presence.” The sun is still there, even when you can’t feel the full force of its power.

Though God may feel distant, He remains present, willing, and ready to work on our behalf to rebuild and restore our lives. Near the end of the book of Job, God reminded Job that He was near, that He is still powerful, that He is the one who created the world and He is in control. It was what Job needed to hear. Shortly after, God restored Job to his former place, bringing back his health, and rebuilding his wealth and his family.

When the young boy with chickenpox felt he could go no further, he found comfort in two things: a warm bath with soothing medicines, and, even more importantly, the loving embrace of his mother. Who would have thought the security of a mother’s arms, holding one who itches all over, would make the difference, but it did. It met the boy where he was, and it let him know he wasn’t alone. His mother heard his cries, cared for him, and was there to love him and restore him. It wasn’t long after that that he turned a corner. The itching started to go away, his sores started to heal, his body began to be restored. But he would always carry a couple of scars from where he scratched away at those sores. His health was restored, but his scars reminded him of a difficult season of life when God sustained him, then restored him.

1. Have you ever known someone who needed help? (Friend, classmate, family member, stranger, homeless person)?
2. How did you or someone else help to restore them?

God, we know that we will face challenges in life. It might be sickness, it might be the loss of money or possessions. Sometimes the challenge we face might even be our own fault. When we face those moments, help us not to give up hope and, like Job, to trust that you are at work, even if you seem far away at the time. We thank you for caring for us and loving us, even when we don’t fully understand what is happening and what you are doing. We love you and bless your name.

Check out the Next Devotion from Philippians 4:6-7 Here!