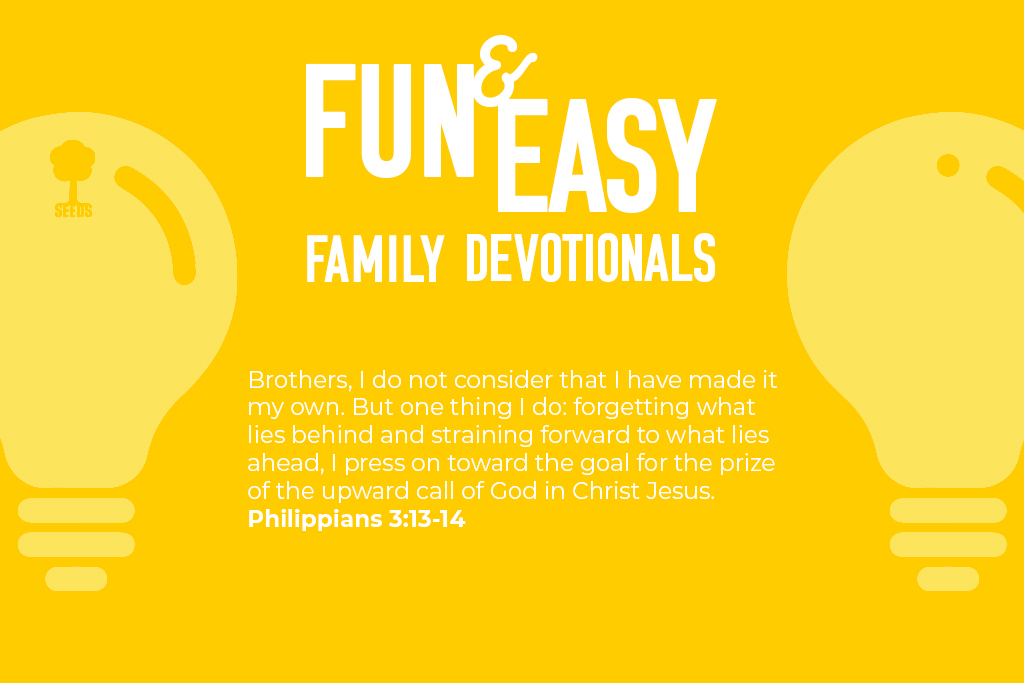 Philippians 3:13b-14, “One thing I do: forgetting what lies behind and straining forward to what lies ahead, I press on toward the goal for the prize of the upward call of God in Christ Jesus.”

When it came time to abandon the ship that was crushed beyond repair, the crew had to make hard choices about what to take and what to leave behind. Their mindset had to shift from an expedition to survival. Everyone had to give up something; there was only so much one could drag across the ice. Shackleton set the example by taking his most treasured items and dropping them on the ice in front of the crew. He tossed some gold coins on the ground, also a gold pocket case, and then he held up the Bible the Queen Mother of England had inscribed and given to the expedition. In it, she had written, “May you see the works of the Lord & all His wonders in the deep.” Shackleton tore that page from the Bible. He then tore out Psalm 23, and a page from the book of Job with the verse: “From whose womb did the ice come forth? And who has given birth to the frost of heaven? The water becomes hard like stone, and the face of the deep is frozen.” He put the pages in his chest pocket, set the Bible down on the ice, and off they went.

Over the next four months, they would travel 350 miles across ice and ocean to reach land again. Once reaching land, they were still far from civilization. Shackleton took five crew members, fortified the best lifeboat they had, and set off for the nearest known settlement on South Georgia Island. To get there they had to cross 700 miles of open, storm riddled, Arctic Ocean, with hardly any visibility for navigating by instruments. This would be difficult even for a large modern vessel. With only a few glimpses of open sky across their journey, they were somehow able to arrive on the shores of the Island. But they were on the wrong side of the island. Fearful of being pushed back out into open sea if they tried to navigate through raging storms around the island, three of the expedition decided to traverse the island. It was 32 miles of extremely mountainous terrain, one which a later expedition recreated and commented, “I have no idea how they did it, except that they had to.”

Because of the challenges with the weather, ice and available boats, it would be another four and a half months before the remaining 22 crew members would be rescued. But every single person who set out on the Endurance would return home alive.

They started out with a vision of grandeur, and yet ended in a battle for survival. I’m sure many saw the entire journey as a failure, yet it has become more famous than almost any arctic expedition since.

What kept them driving forward and pressing on throughout the entire ordeal was the desire for home. Returning to their families and loved ones kept them focused on the goal of survival, it drove them toward creative solutions, teamwork, and trust in one another.

Psalm 23 reminds us, as it did Shackleton, “He restores my soul. He leads me in paths of righteousness for his name’s sake.” Remember that if Shackleton and every single member of his crew could survive two years stranded in Antarctica, we have a chance of making it through whatever challenges we might encounter in life.

God, we thank you that you give us the ability to endure through hard times. Help us to daily build up our faith muscles by learning to trust you in the small moments so that when the big challenges come our way, we are prepared. Give us the courage to put aside things that will weigh us down as we “press on toward the goal of the prize of the upward call of God in Christ Jesus.”

Check out the Next Devotion from Ephesians 2:8 Here!